Richard Bardgett is Professor of Ecology at The University of Manchester (UK) and Senior Editor of Journal of Ecology. His research is concerned with understanding the role of interactions between plant and soil communities in regulating the structure and function of terrestrial ecosystems, and their response to global change. In his blog post below, Richard shares with us the ecological inspirations that have guided his research over many years.

Selecting an ecological inspiration from the literature is a difficult task. The work of many ecologists has inspired and guided my research, and these inspirations have changed with time. During my early years as a PhD student, I was strongly influenced by the work of David Coleman of the University of Georgia, a pioneer of the ecological exploration of soil. David’s research provided some of the earliest demonstrations of the significance of belowground trophic interactions for ecosystem processes (e.g., Coleman et al 1983; Ingham et al. 1985), which is now a dominant theme in ecology populating many pages of the Journal of Ecology. What excited me about David’s work, and that of others working on soil ecology at that time, was that it brought ecology to the study of soil, and below-ground ecology to the above-ground world.

Following my PhD, the work of Sam McNaughton from Syracuse provided me with much inspiration. I was especially inspired by his work on the influence of large herbivores on Serengeti grasslands, including their soils. What excited me about Sam McNaughton’s work was that it highlighted the importance of links between plants and soil processes in the real world, in his case for understanding how large herbivores modify grassland ecosystems. Many of Sam’s papers have guided my work, but if I had to choose one it would be his 1997 study published in Science (McNaughton et al. 1997). This was a simple, but elegant study that demonstrated that large, free-ranging mammalian grazers accelerate nutrient cycling in a way that alleviates soil nutrient deficiencies and, in doing so, enhances the carrying capacity of the ecosystem. This discovery speaks for itself, but what also stands out about this paper is the eloquence of the writing, which is fluent and tells a captivating story. I still use this paper as a case study in my lectures to undergraduates, and I also urge postgraduate students to read it as an excellent example of how to write a scientific paper.

In 1998, I was fortunate to visit Alaska to work on the classic chronosequence formed in deglaciated terrain at Glacier Bay. I travelled to Glacier Bay to carry out fieldwork as part of a larger study with David Wardle and Lars Walker exploring causes of forest decline. But the reason I mention this trip is because it made me aware of another ecological inspiration: Crocker and Major’s 1955 study of soil development in relation to vegetation and surface age at Glacier Bay, published in Journal of Ecology. This study used a classic chronosequence approach, as others have since done at this site, to demonstrate the rapid rate of soil nitrogen accumulation during early succession, and how it relates to the distribution and development of vegetation. The importance of their study was that it highlighted the role of interactions between plants and soils as drivers of primary succession. In doing so, it paved the way for future explorations of the belowground mechanisms contributing to ecosystem development, including our own. 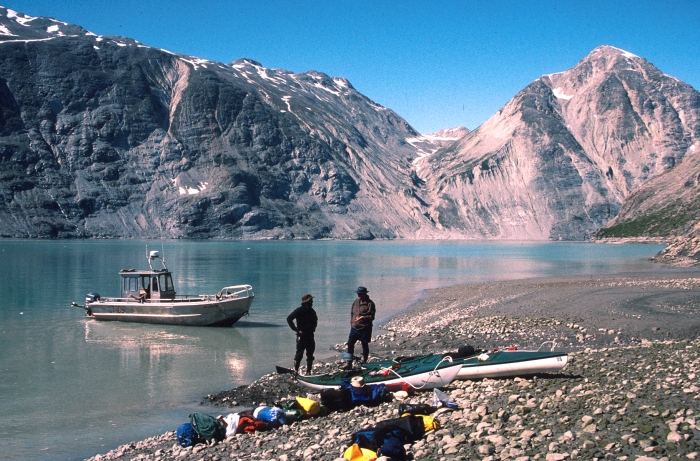 Crocker and Major’s paper on soil development at Glacier Bay has clearly had far-reaching impact. It is among the most cited papers in Journal of Ecology and continues to be cited to this day, some 60 years after it was published. But aside its scientific impact, what I really like about the paper is that it is a fascinating read. Not only do the authors detail the problems that they encountered during their fieldwork, which I know from working at Glacier Bay can be significant, but they also elaborate on how they overcame them. As an example, they describe the laborious and frustrating process of identifying sites for sampling soil, which was made difficult by the coarseness and stoniness of the glacial till. They also detail how, because of these unexpected problems, they abandoned their original lines of investigation and employed “a more elastic, more selective” approach. I know from my own experience that this is often the case when working in the field; what you plan on paper doesn’t always work out in the field. But what I like is the way they detail the inherent problems encountered in their exploration of Glacier Bay, which would probably not be given space today. With this in mind, I often think that there should be an outlet to enable authors to elaborate on the challenges encountered while carrying out their research, especially when done under harsh conditions in the field.

Maybe something to bring up at the next Editor’s meeting!