It was a pleasant surprise to see some real plants at the BES Annual Meeting in Liverpool. The Ecological Continuity Trust (ECT), a charity supporting long-term ecosystem experiments, had model calcareous grassland communities on display at their stand, along with two different phenotypes of Festuca ovina. These plants were used in a comparative study with those from the climate change experiment at Buxton Climate Change Impact Laboratory, a site which the ECT helps support. Raj Whitlock of Liverpool University developed the display which featured plants used to investigate evolutionary responses to simulated climate change treatments at Buxton and natural environmental gradients at Öland (Sweden). 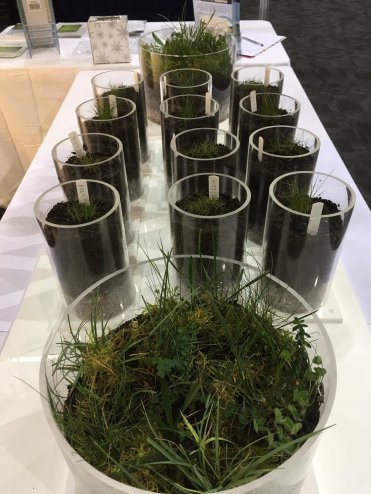 Grassland communities on display on the ECT stand at the BES Annual Meeting 2016. Picture from @ECT_UK.

The ECT is also promoting the establishment of a new long-term experimental project at Oxford University’s Wytham estate. The RainDrop project (rainfall and drought platform) is part of the new International Drought Experiment (IDE) coordinated by the Drought-Net consortium. The International Drought Experiment implements a standardized protocol, manipulating ambient rainfall levels at multiple sites in a range of terrestrial ecosystem types across the globe.

The RainDrop experiment has been established through a collaboration between The University of Oxford, the Open University and ECT (with generous funding from the Patsy Wood Trust and the Grit Howe Trust as well as support from the BES). The rainfall manipulation treatments were successfully established for the end of the 2016 field season and will be ready for the first full year of treatments next season. 2016 has also seen the successful establishment of a PhD project by Melanie Stone (Open University) and a third year project on litter decomposition rates by Rowan Davis (University of Oxford). 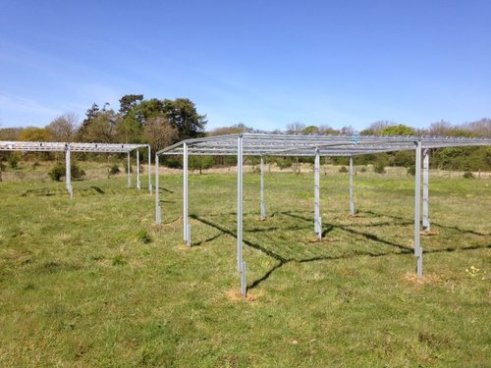