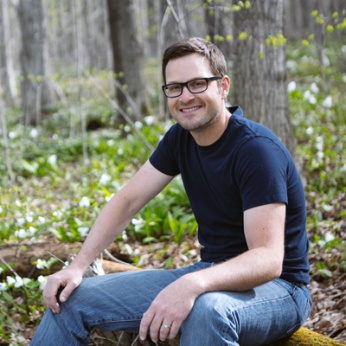 Last year, Journal of Ecology initiated a new Harper Review series which is named after past BES President and Journal of Ecology Editorial Board member,  John L. Harper. In tribute of his of work, you can read some of his excellent papers in this special virtual issue. The series is designed to be thought provoking, authoritative and of broad interest to the ecological community.

In 2016, Yvonne Buckley and Jane Catford wrote the first paper of the series entitled Does the biogeographic origin of species matter? Ecological effects of native and non-native species and the use of origin to guide management (see blog post here).

This year’s Harper review paper has been written by our Associate Editor Jason Fridley from Syracuse University and is entitled ‘Plant energetics and the synthesis of population and ecosystem ecology‘.

We asked Jason to describe the findings of his Harper review paper and share his view on the future of research in population and ecosystem dynamics.

– Jason, how did you feel about writing a Harper Review for Journal of Ecology?

As a fan of Harper’s writings and particularly his 1977 book, I was honored to be asked. The invitation came when I had time for exploratory reading, both with students (MacArthur’s “Geographical Ecology” in a grad seminar) and independently — particularly as I had just picked up Michel Loreau’s book “From Populations to Ecosystems” (2010). Relearning MacArthur’s equations, and then seeing them recapitulated in Loreau’s book, turned my ideas for this paper from an opinion piece to a more formal consideration of population theory. In happy coincidence, for another project I had been working through Tom Givnish’s 2002 Silva Fennica paper, and realized one could express these models in the context of familiar plant traits; yet another project on plant storage compounds with my student Elise Hinman led me to Dan Cohen’s bet-hedging theory and the idea that plant survival allocation can be included without adding much complexity to the model (readers may disagree). The excuse to read an odd mix of classic papers — or those like Transeau (1926) that should be classics but were too far ahead of their time — was a particularly enjoyable part of the assignment.

– What’s the focus of your research?

My students and I explore plant function from both environmental and historical perspectives. History and community context may play a more important role in guiding plant evolution than is currently appreciated by many plant functional ecologists; the spread and dominance of some species introduced beyond their historical range, and the evidence pointing to their greater productivity and resource use compared to co-occurring native species, is a case in point that has important cultural and economic implications. We’re also increasingly interested in the idea of multiple resource limitation in a climate change context: economic models of plant function suggest co-limitation of energy (carbon) and nutrients should be the rule, but how this plays out in the context of, say, longer growing seasons is underexplored.

– Can you give a summary of your Harper Review?

The paper is an attempt to reconcile modeling approaches of plant performance in population and ecosystem ecology. The type of population dynamics considered in most ecosystem models is, unsurprisingly, an oversimplified version of how plants work -fitness at the individual or population level is assumed to be proportional to growth. Demographers since Harper have rejected this idea, because many plants, perhaps even most, have been selected to grow slowly even when resources are abundant: they hedge their bets that more offspring are to be had by persistence. The paper follows this thread in the context of ecosystem functioning: if a plant allocates most of its assimilated energy to survival (due to, for example, high disturbance rates), what are the consequences for ecosystem properties like NPP? I also highlight how much remains unknown about how plants use energy. Energy assimilation (leaf function) is relatively well understood, but what plants use the energy for is a surprisingly neglected research subject, at least in comparison to studies of animal energetics.

– What does this imply for the understanding of population and ecosystem dynamics?

One implication is that the energy budgets of individuals, which are subject to natural selection, and those of ecosystems, which are not, are less integrated than some current models assume. This occurs in part because the traditional ecosystem definition of ‘production efficiency’ — the conversion of assimilate (GPP) to biomass (NPP) — ignores plant fitness components of survival and fecundity. The persistence of a perennial plant in a stressful or disturbance-prone environment can be an energy demanding process, such as when inducible defenses increase leaf respiration. Nonetheless, the induction of defenses can mean the difference between some or no offspring for the individual, and yet all that registers at the ecosystem level is reduced production efficiency. In other words, selection acting on individuals could increase rates of ecosystem carbon and nutrient cycling, or decrease them — or have no net effect if the fitness of coexisting species is increased in opposing ways (for example, growth-survival tradeoffs). This conclusion contrasts with other studies suggesting a tight coupling between processes that maintain biodiversity and those that drive ecosystem functioning.

– What is the future of Population-Ecosystem Models?

Ideally, refinement with more data, particularly in the context of multiple essential resources. Whether it even makes sense to model populations on the sole basis of energy (or other single resource) is an open question, but one at the heart of studies in global change biology. At Syracuse, we’re developing a laboratory system based on gas exchange in above- and belowground chambers to estimate whole-plant carbon budgets along nutrient gradients to get a better handle on where multiple resource limitation fails. I think theory still has an important role to play, but theory is cheap with too many degrees of freedom — without more data on resource dynamics at the whole plant level along key resource gradients, it is difficult to narrow down likely outcomes of ecosystem response.

– Finally, what are you doing when you’re not in front of your computer?

Gardening, playing music, and trying to get the attention of my two teenage daughters.