Journal of Ecology Associate Editors Jane Catford and Rob Salguero-Gómez were both keynote speakers at this year’s PopBio conference. Here is their report…

A few weeks ago, we had the privilege of attending PopBio2017 in Halle, Germany.

This was the 30th annual conference of the Plant Population Biology Section of the Ecological Society of Germany, Austria and Switzerland (GfÖ). Though hosted by GfÖ, the conference was very international in flavor, with all presentations in English. There were 130 researchers from over 20 countries, including the UK, Germany, Czech Republic, Brazil and South Africa, in what turned out to be a 1:1 gender ratio.

Attendees at a presentation at PopBio 2017 (Credit: RSG)

It was an incredibly stimulating, fun and well-organized three days, with a lovely balance between unstructured (social) time and scientific talks and posters. Massive thanks and congratulations to the organizers, who put together an excellent event, with ample room for discussion, speed (research) dating, and options for field trips…they even managed to keep the rain away!

The conference was run as a single plenary session, with dedicated poster sessions in the afternoon. The organizers did an amazing job of structuring the days into major themes with a keynote kick-starting each theme. The keynote talks focused on impacts of pathogens on plant diversity (Mordecai), global patterns in wind vs animal pollination (Ollerton), use of genomic and spatial modeling approaches to understand climate adaptation in forest trees (Keller), the causes and consequences of plant invasions (Catford), and on the drivers of life history variation (Salguero-Gómez).

The quality of the science and the presentations was incredibly high. We would need at least three days to do the conference justice (see here if you don’t believe us!) and below is a snapshot of some of the cool plant ecology that was on show:

In “To beet or not to beet: demography and biological control of invasive alien ragweed”, Suzanne Lommen presented results from a massive citizen science demographic census (SMARTER) of the invasive common ragweed (Ambrosia artemisiifolia). Suzanne studied how a biocontrol agent, a beetle, could affect the population growth rate of over 50 populations using integral projection models.

Hanna Nomoto shared some insights on “Selection on morphology and phenology in Solidago virgaurea along an altitudinal gradient”. Working across three populations on Mount Asahidake, Japan, one of her findings was that flowering began later and plant size and seed set decreased with increasing altitude.

Pierre Liancourt’s talk “Rapid evolution under climate change: an experimental test” departed from the widely-accepted premise that climate change has already reached all corners of the globe, to examine whether rapid evolution may provide certain species an advantage to buffer against it. Pierre used data from the GLOWA project led by Prof. Katja Tielbörger to examine how rainfall manipulation in annual desert species may result in the evolution of trait-mediated responses for persistence.

Maria Hock shared “Evidence for local adaptation of exotic species to elevated UV-B”. Working in New Zealand (where there certainly isn’t a shortage of UV!), she used some innovative common garden experiments to understand how UVB radiation may act as an environmental filter, shaping the characteristics of exotic and native plants.

Simon Hart spoke to us about “The effects of eco-evolutionary feedbacks on the maintenance of species diversity”. In an innovative experiment that involved him counting and censoring hundreds of thousands of duckweed individuals over 12 generations, Simon & co were able to quantify how interspecific competition influences rapid evolutionary change. 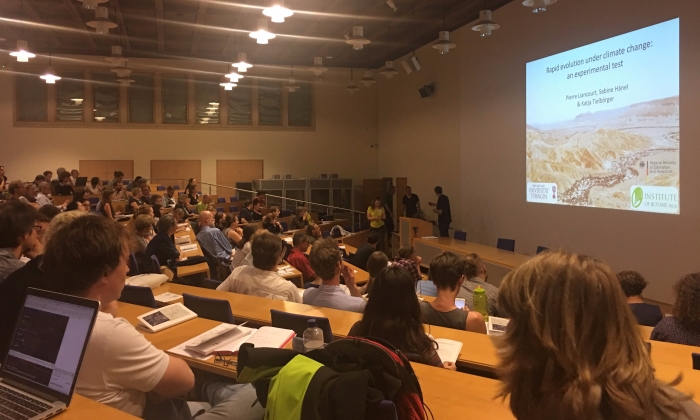 They say a picture speaks a thousand words, so we’ll give you 2000 words on one of the two field trips: 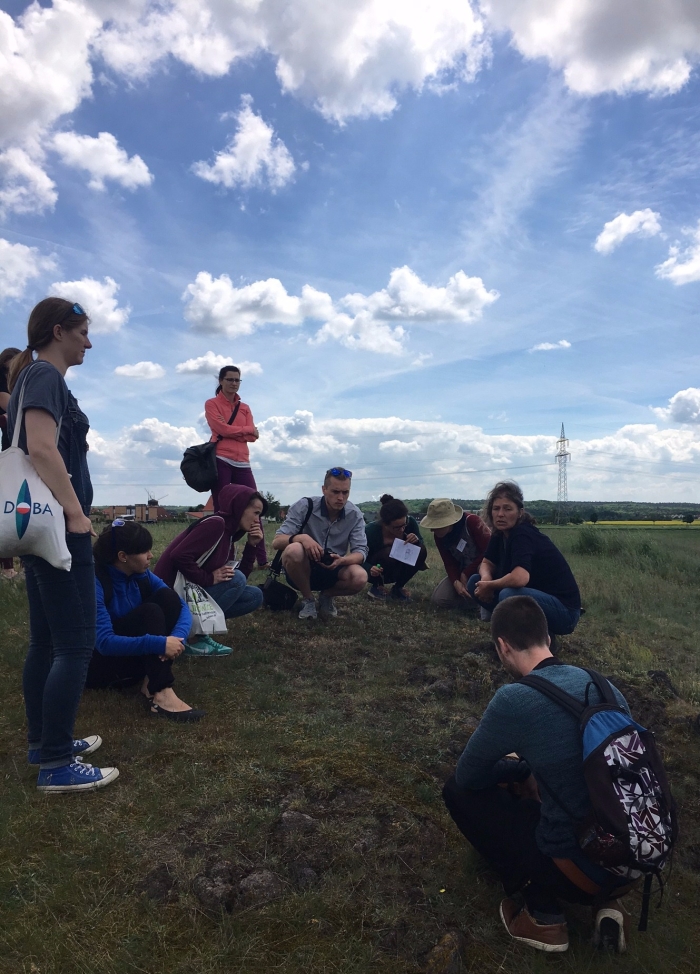 I know we’re meant to be looking at the plants here, but – check out that sky! (credit: JAC) 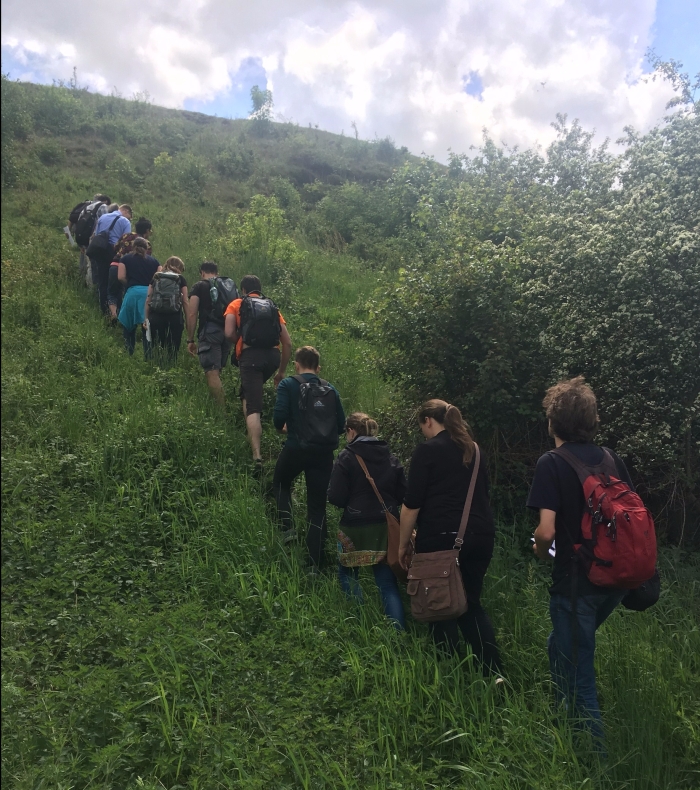 Off we go, up one of the few hills in Luzberge, to explore the drastically different community composition of plants at either side of its topography (Credit: RSG)

The organizers are currently working on a special feature for Basic and Applied Ecology, the journal of GfÖ, entitled “30 years of PopBio – Plant Population Biology in a Changing World”. This will include some of the cutting-edge research presented at the PopBio 2017 conference to celebrate its 30th anniversary. We are looking forward to reading those contributions in the coming months, as well as to attending the 2018 PopBio conference, to take place in Innsbruck, Austria.

3 thoughts on “Three days of plant ecology in Germany”