Volume 106.3 of Journal of Ecology includes a special feature on intransitive competition and coexistence. The special feature, guest edited by Santi Soliveres and Eric Allan, consists of 6 research articles and an editorial. Santi and Eric tell us more about their special feature below…

Whether to see who starts in hide and seek or who does the dishes, every one of us has at some point played rock-paper-scissors. What makes the game interesting is that there is no absolute winner, and rock, paper and scissors can all lose to one strategy and beat one strategy.

Ecologists have known for decades that some species coexist, as in the rock-paper-scissors game, because there is no competitive hierarchy between them. Two classic examples are the coexistence of different sexual strategies of Anolis lizards (Sinervo & Lively, 1996) and coexistence between strains of Escherichia coli bacteria (Kerr et al. 2002).

This intransitive competition, as rock-paper-scissors type competition is more formally known, could therefore be a powerful mechanism of coexistence and an important source of biodiversity. It could allow the coexistence of more species than there are limiting resources: for instance, three species might form a competitive hierarchy when competing for one resource, perhaps nitrogen, but this can be transferred into an intransitive loop if the weakest competitor produces an allelochemical that damages the strongest. However, despite its potential importance, intransitive competition has been largely considered to be merely a curiosity rather than a major mode of competition. This may be because the few studies on intransitivity have dealt largely with model systems of three species or with theoretical models. 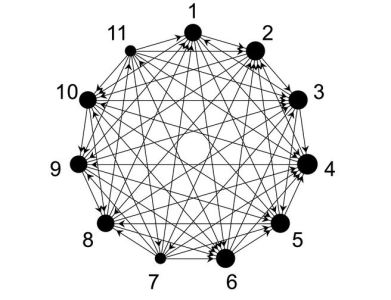 The special issue presents six research papers and an editorial. These deal with four major issues:

Overall, the studies within this special issue help us to better understand what drives intransitive competition and what its consequences are for natural communities. More importantly though, they clearly suggest that we should keep investigating how general or important this type of competition is. It is our hope that this special issue will introduce intransitivity to plant ecologists who are unfamiliar with it and will ideally get them excited about it! Those already familiar with intransitive competition will surely find interesting research questions and methodological advances. We think there are many exciting developments ahead in research on intransitivity.

Read the special feature and the rest of issue 3 online: Volume 106 issue 3