Peter Thomas (Keele University) is the author of our latest Biological Flora of the British Isles article. Below, Peter tells us more about Sorbus torminalis…

Why would anyone be interested in knowing everything about a minor British tree? A new article has been published in Journal of Ecology on the Wild Service-tree (Sorbus torminalis).

Usually a small tree of old woodlands, it is found mainly in the lowlands of England and Wales on clay and limestone. It’s often overlooked as it is rare, usually with no more than one or two trees found in a hectare of woodland. Although it does not impinge on our thoughts in the same way as a towering beech or majestic oak, it has a long history of use in Britain. 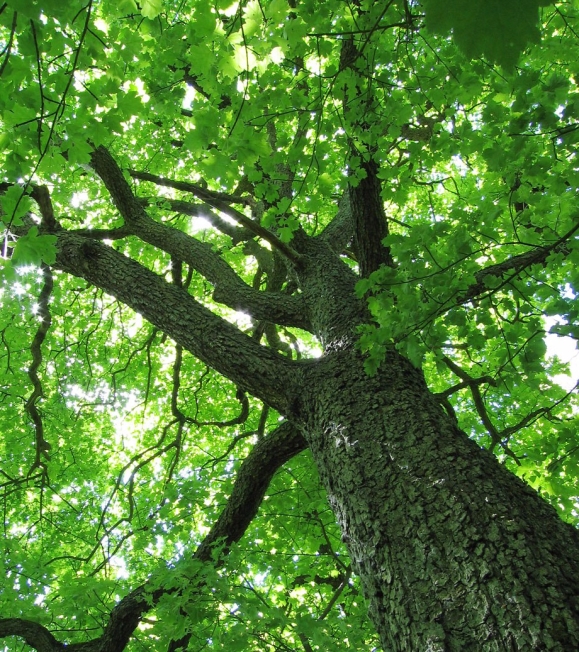 ‘Service’ might originate from the name Sorbus but is perhaps more likely to have come from the Latin cerevisea meaning beer, so this is the ‘beer-tree’. Before hops were used, fruits of the Wild Service-tree were used to flavour beer. Another name for the tree is chequers, and a pub landlord would hang a chequers or chess board outside to advertise the availability of the drink.

The fruits can be eaten but it requires some determination. They are small, less than 2 cm long, and therefore hard work to pick. They start reddish-yellow and, unusually for fruits, become darker as they ripen to a tawny-brown, covered with small brown spots. At this stage they are as hard as nails before they are softened (bletted) by the first frost. They then have the consistency and look of something faintly rotting, not unlike cold stewed apple – not the most appealing. However, they have their uses since they are high in vitamin C and been used to settle colic or tormina, hence the species name torminalis. 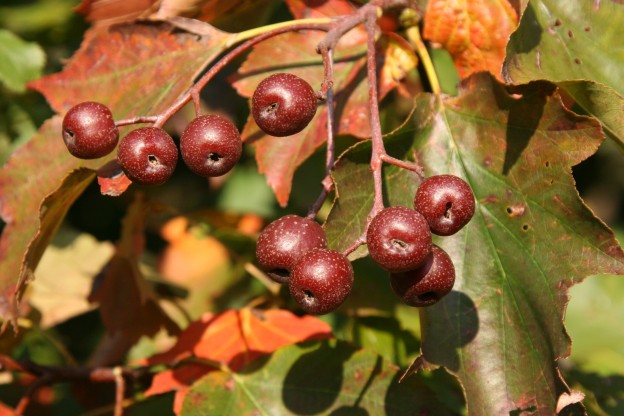 To add to their interest the fruits (and so the seeds inside) are moved around the countryside by being eaten by largely carnivorous animals such as badgers, foxes and stone martens, aided by wild boar and domestic pigs and cattle. The seeds pass harmlessly through the gut and emerge ready wrapped in fertiliser to help them grow into the next generation.

Wild Service-tree can grow to be a majestic tree 30-33 m tall, though in Britain many generations of cutting the finest trees has left us mostly with fairly small often shrubby things. But the fine-grained, yellowish-red wood was voted the most beautiful wood in the world at the Paris World Exhibition in 1900. Consequently, it has been used for fine furniture, musical instruments and measuring instruments, but also for rifle stocks and in mainland Europe as the main screw in wine presses.

And how did I come to write this account?

The Biological Flora of the British Isles series aims to provide a detailed account of every plant species native to Britain as a record of information for those that need it. Being a tree biologist, I’ve written a number of the accounts on trees that have a special place in our landscape (such as the yew) or play a large part in our woodlands (such as ash and beech). But this shy tree that was once so important to us piqued my curiosity and led me to find out more. And I’m glad that I did. Despite its long history, it is currently becoming rarer still in Britain and if this account helps others to appreciate its value and be concerned for its future, then the effort of searching out the information in this account will have been worth it.

You can read the full article here: Biological Flora of the British Isles: Sorbus torminalis