We are currently experiencing a ‘biodiversity crisis’ and large numbers of species are in decline (e.g. Hallman et al. 2017). However, it is not always clear what we mean by biodiversity, making it hard to demonstrate why a ‘biodiversity crisis’ matters. ‘Biodiversity’ is partly the number and abundance of different species, but is it also variation within species, including variation in genetically determined traits. Our Journal of Ecology paper looks at the role that species and genetic diversity play in grasslands such as hay meadows. 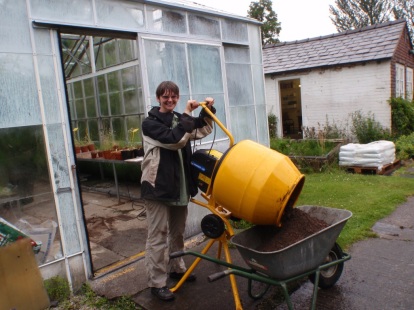 Figure 1: Setting up the experiment

Hay meadows can be high in biodiversity both within and among species. Where you have lots of species, you also have lots of species interactions. Species interactions are the basis of ecological communities and provide us with many important ecosystem services (e.g. pollination, decomposition) as well as determining the long-term stability of a habitat. We know from previous studies (Rowntree et al. 2014, Whitham et al. 2003, Zytynska et al. 2010) that both the type of species present and genetically determined differences among individuals of certain species can influence the outcome of species interactions and hence the composition and structure of ecological communities.

Yellow rattle (Rhinanthus minor) is a parasitic plant found in many temperate hay meadows, such as those in the UK. It attaches to the roots of its hosts, extracting nutrients through haustoria, but has green leaves and photosyntheses, producing at least some of its carbon autonomously. Infection by yellow rattle usually reduces the growth and fertility of its host species, and it is a generalist parasite that attaches to many different hosts, often simultaneously. Yellow rattle is quite well known to reduce the competitiveness of grasses, allowing less competitive plants to colonise an area. It is therefore promoted in the restoration of species rich grasslands as it is a parasite that while harming its specific hosts, has positive benefits on the wider community in terms of biodiversity. 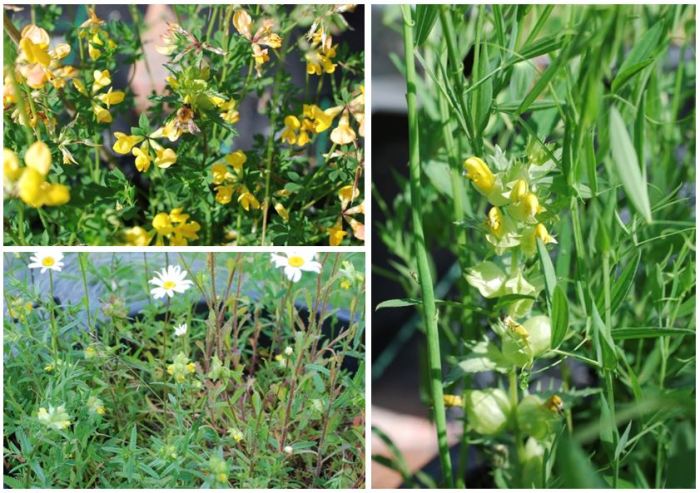 With this research, we tested whether artificial hay meadows with high plant species diversity were better able to resist infection by the parasitic plant yellow rattle. We also looked to see if increasing levels of genetic diversity in the parasite made it better able to become established in the grassland. 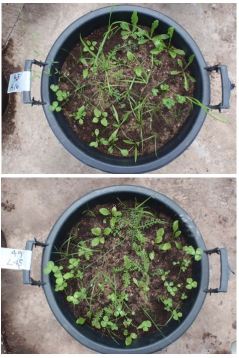 We did this by planting 150 pots in total with either nineteen (75 pots) or five (75 pots) species of plants that are commonly found in mesotrophic (neither acidic nor calcareous) meadows across the UK. We then planted 100 of these pots with yellow rattle either from a single seed source (50 pots) or from multiple seed sources (50 pots). As functional group diversity can influence interactions between yellow rattle and its hosts, we controlled the relative abundance of grasses, legumes and non-leguminous forbs across all treatments. We ran the experiment for two years and harvested above ground biomass each year, which we separated into the three functional groups. We also monitored establishment and growth of the parasitic plant. 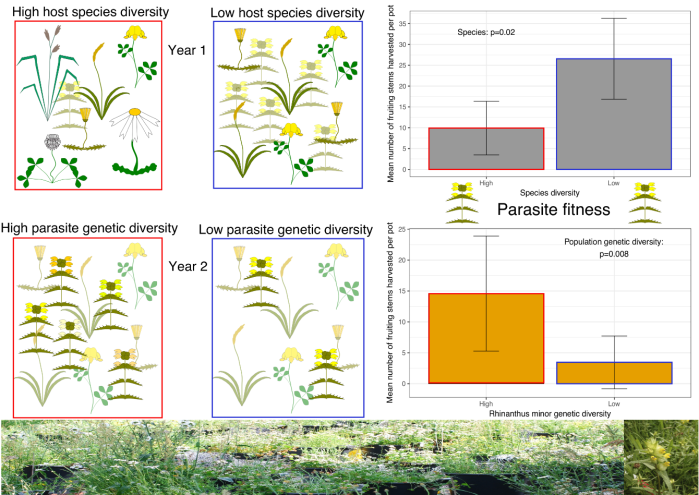 We showed that in hay meadows, biodiversity both within and among species is important for regulating levels of infection by a parasite. This information is potentially useful for meadow restoration projects using yellow rattle, as planting in low diversity patches and using genetically diverse seed sources of the parasitic plant should promote establishment. We also showed that patterns of yellow rattle occurrence across multiple years within grasslands (where the parasite appears to move in waves across the community, as modelled by Cameron et al. (2009), could be explained by the relative species diversity of the host community and genetic diversity of the parasite.

Read the full paper online: The contrasting roles of host species diversity and parasite population genetic diversity in the infection dynamics of a keystone parasitic plant and the Manchester Metropolitan University press release.

One thought on “Species and genetic diversity in grasslands”